New iPad Meta-Review: Are 4G and Retina Really That Great? Yes. They. Are. 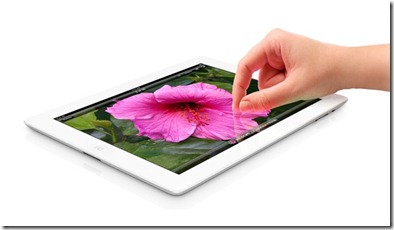 The first reviews of Apple's 3rd-generation iPad are in and the general consensus is that this is the tablet you've been waiting for—assuming you don't already own its predecessor.

Yes, this display is outrageous. It's stunning. It's incredible. I'm not being hyperbolic or exaggerative when I say it is easily the most beautiful computer display I have ever looked at. Perhaps it has something to do with the fact that you hold this in your hands, or maybe it's the technology that Apple is utilizing, or maybe it's the responsiveness of iOS - but there's something almost bizarre about how good this screen is. After the launch event, I described the screen as "surreal," and I still think that's a pretty good fit.

Let's be clear: the new iPad is in a class by itself, just as its predecessor was. As the latest product in a lineage of devices that defined this category, the iPad continues to stand head and shoulders above the competition. With the addition of the Retina display, LTE, more memory, and a more powerful CPU, Apple has absolutely held onto the iPad's market position as the dominant player and product to beat.

It has the most spectacular display I have ever seen in a mobile device. The company squeezed four times the pixels into the same physical space as on the iPad 2 and claims the new iPad's screen has a million more pixels than an HDTV. All I know is that text is much sharper, and photos look richer.

If you already own an iPad 2, and like it, you shouldn't feel like you have to rush out to buy the new one. However, for those who use their iPads as their main e-readers, and those who use it frequently while away from Wi-Fi coverage, this new model could make a big difference.

What we have is a 9.7-inch stab of aluminum and glass that when illuminated, becomes an absolutely stunning display of light and color. At first glance, the new iPad is almost indistinguishable from the iPad 2. The same Smart Covers even fit on both. But it doesn't matter what the device looks like. What matters is what you're looking at: the screen.

Web pages look almost as if they're being displayed in a high-quality glossy magazine. Photos look like photos - the printed out kind. Text is razor sharp and crisp, just like print.

Yesterday, I clocked the new iPad using LTE at over 40 mbps down and 20 up on Verizon's network. That's about twice as fast as my current home cable broadband. For good measure, I tethered the new iPad to my iPhone 4S to compare it to Verizon's 3G speeds. It's about 40x faster for downloading.

If you have been holding off getting a tablet then this is the one to go for. In my view, it's the best that money can buy. Existing iPad owners who are thinking of upgrading should take a look at this new device. You'll see the difference very, very clearly indeed.

The new iPad is just that: The iPad, updated for a new year and millions of new iPad users. It's not smaller or lighter, but it's got a remarkable screen, a much better rear camera, and support for cellular networking that can run at Wi-Fi speeds. It's the iPad that millions of people have embraced, only one year better.

Users of the iPad 2 shouldn't fret: Their iPad investment is certainly good for another year. But they might not want to look too closely at the new iPad's screen. Once you get a load of that Retina display, it's hard to go back to anything else.

Steve Jobs would have approved of the new iPad. With its focus on the holistic experience rather than individual boasts around its constituent parts, it's the epitome of the Post-PC world the Apple founder envisaged. No lag or delay; no frustrating cloud settings or arcane minimum software requirements. Simply pick up, swipe, and you're immersed in a joined-up ecosystem. Apple doesn't need another revolution, it has already started one, and the new iPad brings a fresh degree of refinement to a segment in which it is undoubtedly the king.